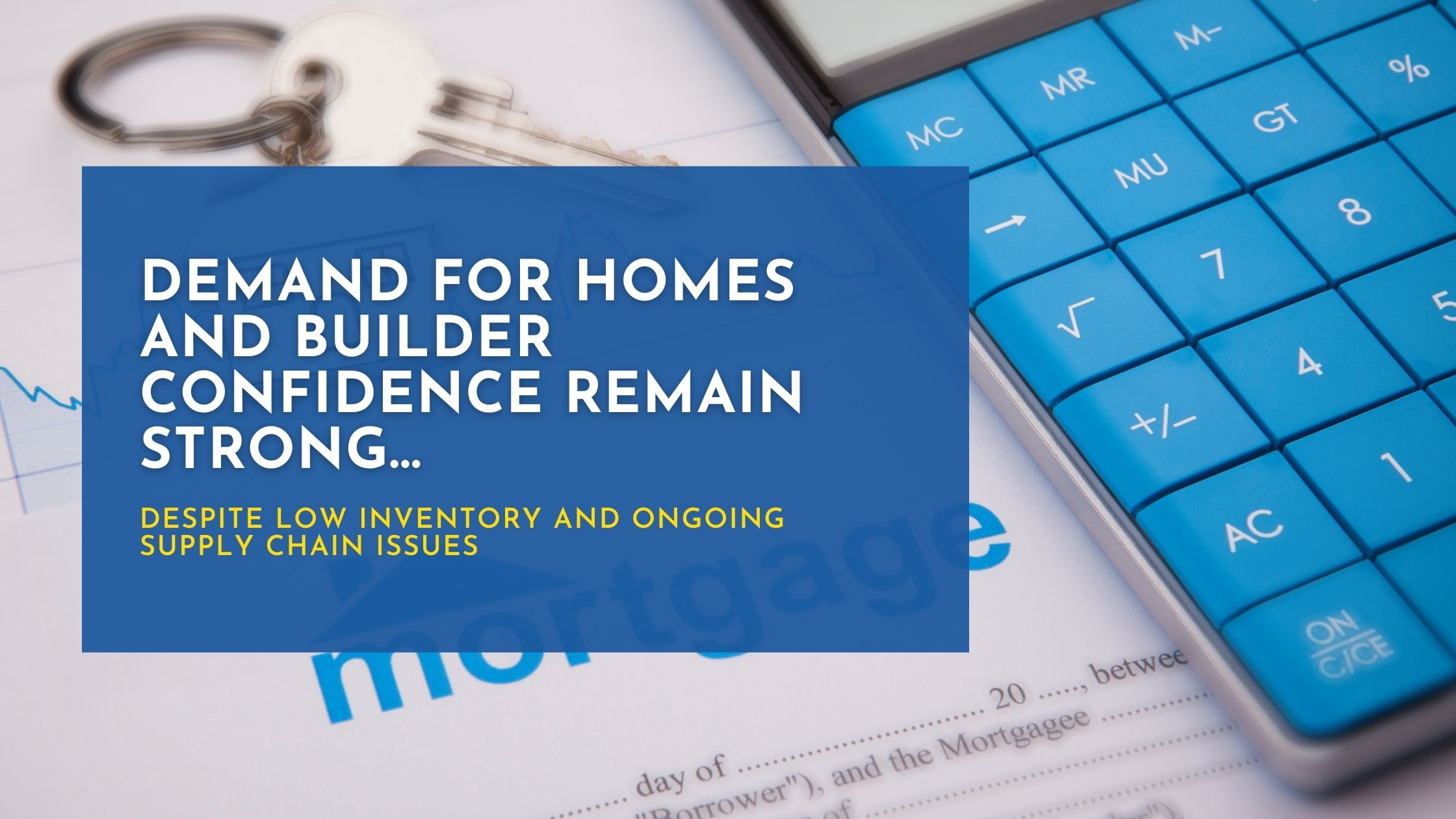 Builder confidence rose at the highest monthly pace since last November, per the National Association of Home Builders Housing Market Index. This real-time read on builder confidence rose 4 points to 80 in October, with all three components of the index (current sales conditions, sales expectations for the next six months and buyer traffic) moving higher.

Housing Starts, which measure the start of construction on homes, declined 1.6% in September. Yet looking closer at the data, we see that the decline was entirely in multi-family units as starts for single-family homes, which are in such high demand among buyers, were flat from August to September. Again, given the ongoing labor and supply chain issues builders have been facing, it’s a miracle to see single-family starts at unchanged levels.

Building Permits, which are a good forward-looking indicator for Housing Starts, declined 7.7% from August to September, while single-family permits were down 1% to their lowest level in 14 months. This data signals that supply is likely going to remain tight into the future.

Meanwhile, sales of existing homes rebounded in September, rising 7% from August to an annual pace of 6.29 million units. Sales of single-family homes also rose 7.7%. However, sales are still lower when compared to September of last year, as much-needed inventory declined nearly 1% from August to September and 13% year over year.

On a positive note, Initial Jobless Claims hit another important milestone, as the number of people filing for unemployment for the first time fell 6,000 to 290,000. This is the lowest level since before the pandemic began. Continuing Claims, Extended Benefits and the federal COVID plans all showed declines in the latest week as well. There are now 3.28 million people in total receiving benefits, which is down over 370,000 from the previous week.

Also of note, the Federal Reserve Bank of Atlanta’s estimate for third quarter GDP was revised lower to 0.5%. This is down from its over 6% estimate made just two months ago in August and could be a sign that the economy is slowing a bit as stimulus wears off.

Finally, last week’s 20-Year Bond Auction was met with below average demand. The bid to cover of 2.25 is below the one-year average of 2.32. Direct and indirect bidders took 80.4% compared to 81.2% in the previous 12. Remember that high demand (which is reflected in the purchasing of Bonds and Treasuries) can push prices higher and yields or rates lower, while weak demand can signal that investors think yields will continue to move higher (which can have a negative effect on rates). 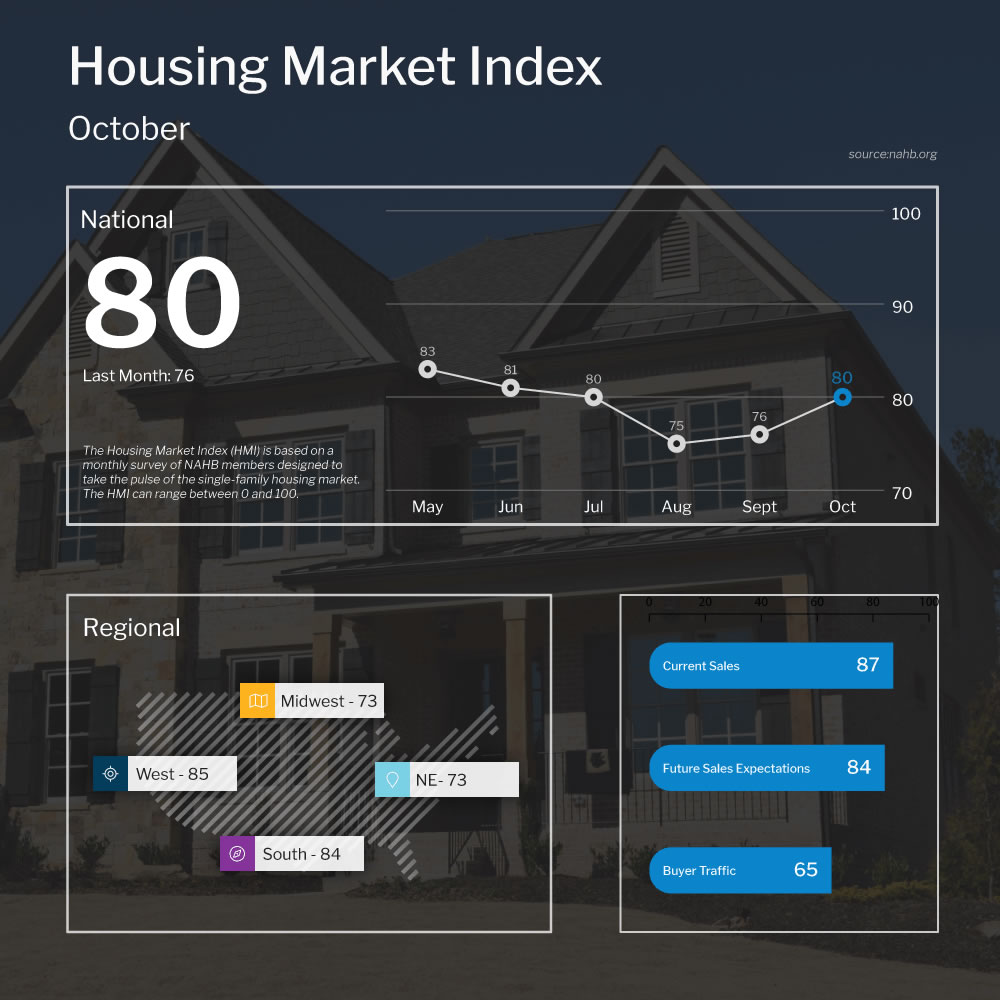 The National Association of Home Builders Housing Market Index, which is a real-time read on builder confidence, rose 4 points to 80 in October. This was the largest monthly increase since last November.

Looking at the components of the index, current sales conditions rose 5 points to 87, sales expectations for the next six months rose 3 points to 84, and buyer traffic rose 4 points to 65.

Any reading over 50 on this index, which runs from 0 to 100, signals expansion. Despite the supply chain issues and labor shortages builders are facing, and the negative reports in the media, confidence remains strong due to the high demand for homes around the country.

The Real Scoop on Home Construction 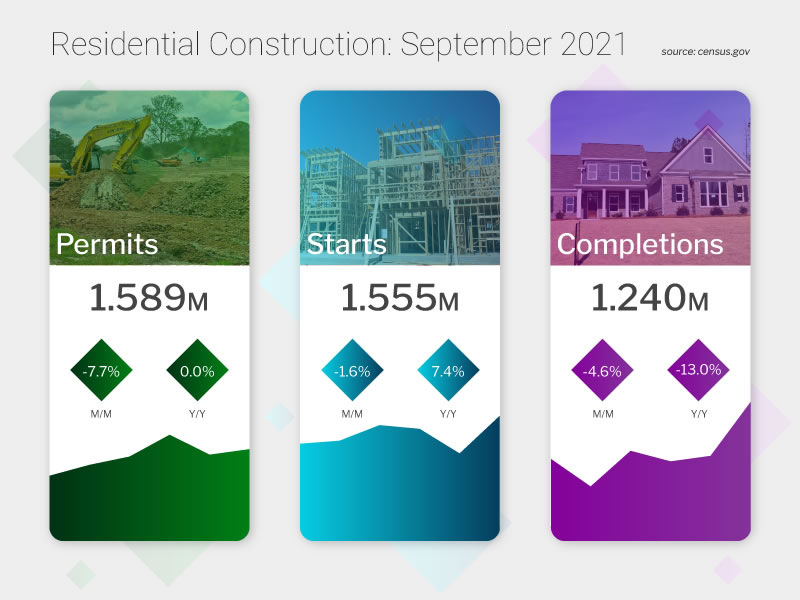 Housing Starts, which measure the start of construction on homes, declined 1.6% in September to an annualized pace of 1.55 million homes. This is 7.4% higher than September of last year.

Yet starts for single-family homes, which are the most crucial, were flat from August to September at a 1.08 million pace. All of the decline was in multi-family units. It’s a miracle to see single-family starts at unchanged levels, given the ongoing labor and supply chain issues builders have been facing.

Building Permits, which are a good forward-looking indicator for Housing Starts, declined 7.7% from August to September, but they were flat year over year. Single-family permits, however, were down 1% to their lowest level in 14 months. Because permits are a leading indicator for future single-family starts, this data signals that supply is likely going to remain tight into the future. While this does makes it challenging to find a home, it should also be supportive of home prices.

Housing Completions, which speak to delivery times being delayed, were down 4.6% in September. This reflects how much of a backlog that builders have to work through. 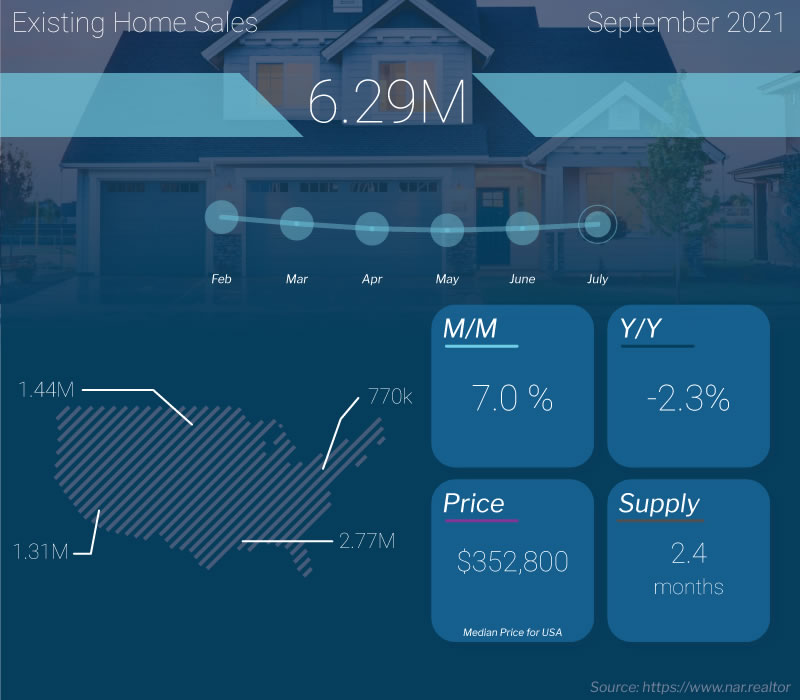 Existing Home Sales, which measure closings on existing homes, rose 7% from August to September, reaching an annual pace of 6.29 million units. However, sales were 2.3% lower versus September of last year. Sales of single-family homes also saw a 7.7% monthly increase, while being down 3.1% year over year.

The lack of homes for sale remains a challenge for many buyers across the country, as inventory declined nearly 1% from August to September to 1.27 million homes for sale. Inventory is also down 13% year over year.

First-time home buyers accounted for 28% of sales, ticking down a notch from 29% in August. Cash buyers remained stable at 23%, but this figure is up from 18% last September. Investors purchased 13% of homes, which was down from 15% the previous month. 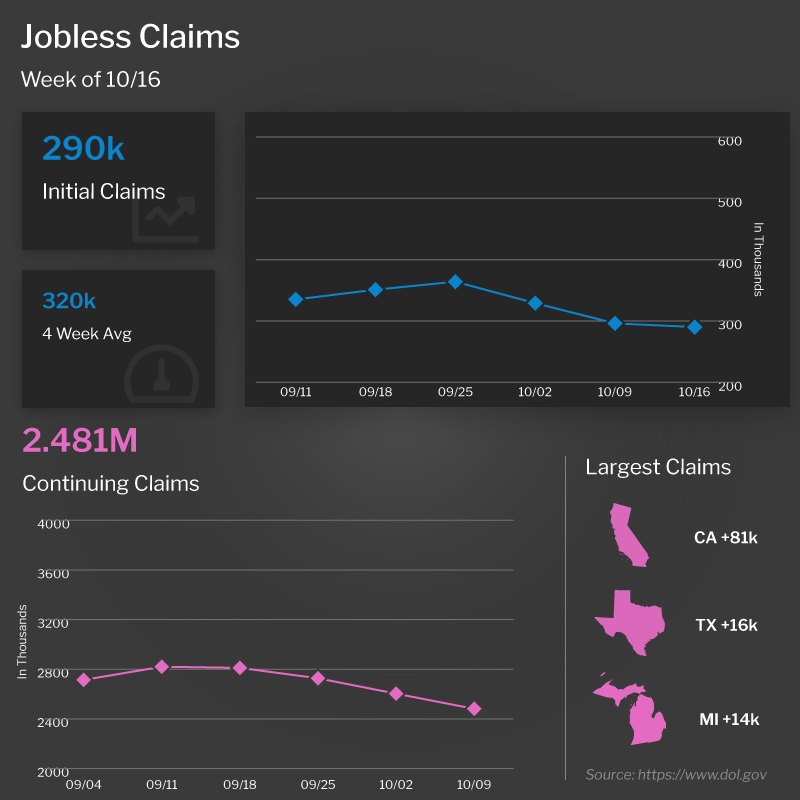 The number of people filing for unemployment for the first time fell 6,000, as 290,000 Initial Jobless Claims were reported in the latest week. This is the lowest level since before the pandemic began.

The federal COVID plans, including the Pandemic Unemployment Assistance and Emergency Claims, declined by 140,000 as those plans continue to expire. Extended Benefits also dropped by 88,000.

There are now 3.28 million people in total receiving benefits, which is down over 370,000 from the previous week. The jobless claims picture continues to make significant improvements, despite the fact that many job openings remain. 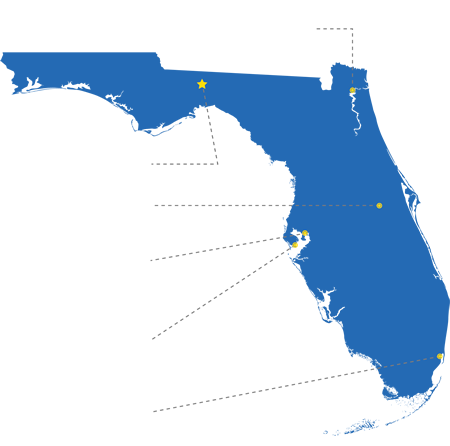